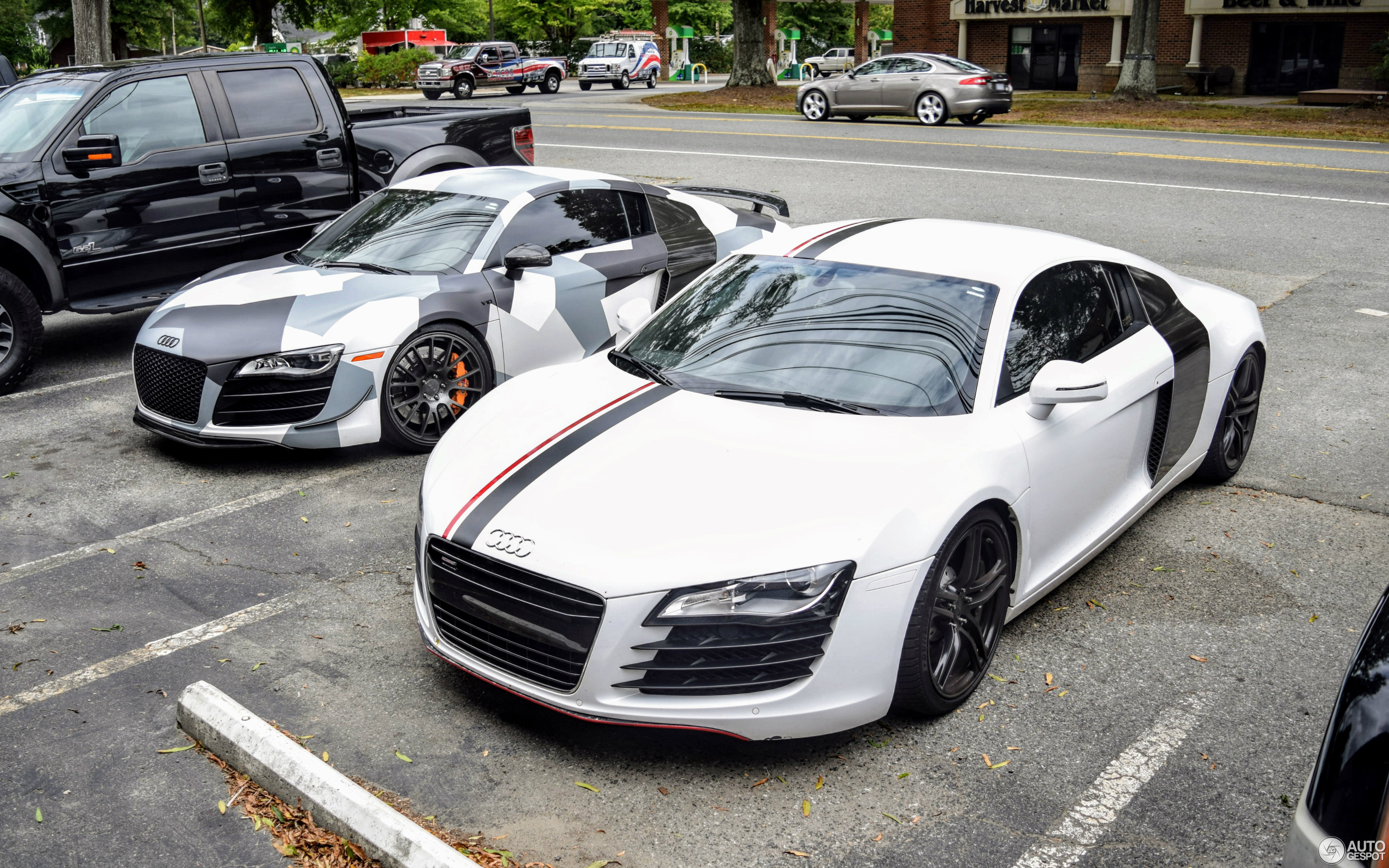 I spotted these R8s parked at a gym on NC 115 in Huntersville earlier this year. They are owned the same guy, who I believe has since sold the white one (which is what I am posting this as). The camo V10 is supercharged.